Hi all!!
Interested in meeting new friends?
Have a passion for netball?
Want to take up a new sport?
Join the NUS Netball Camp!
Date: 8-10th July 2011(Friday to Sunday)
Cost: $30 per pax.
Sign up @ http://nusnetballclub.blogspot.com/2010/10/updates.html
Also, NUS Netball Club is bringing you the annual street Netball competition, Netballuxion 2011, once again!
For more details, check out the event @ http://www.wix.com/netballuxion/2011#!
We hope to see you at the two major events of our Netball Club!
And Also, our trainings have resumed! So see you all at the SRC Netball courts every Tuesdays from 7-10pm! :)
Posted by NUS NETBALL at 10:31 PM 1 comment:

Next tuesday (9 Nov 2010) will be our last netball session before we break for final term examinations! (:
Please note that we will resume our usual training sessions every tuesday from 14 Dec 2010! (& even through the holidays!)
Meanwhile, you can satisfy your cravings for some netball by signing up for our NETBALL CAMP 2010: BALLS OF FURY. NO BALLS, NO GLORY.
Please leave your contact details through the link from the previous post (http://nusnetballclub.blogspot.com/2010/10/updates.html) before making arrangement for payments with any of our committee members! (:
See you there!
Posted by NUS NETBALL at 9:49 AM No comments:

Here are some updates from our Netball Club!

Presenting to you our annual event ... 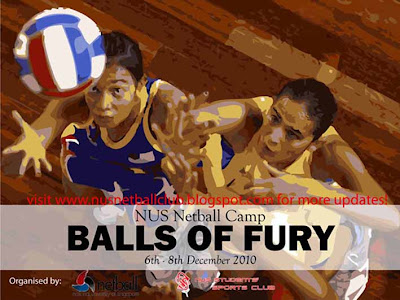 
Want to meet MORE like-minded friends who share a common interest (netball) as you? Thinking of joining an exciting camp after your Finals?

WHEN is that:
WHERE is it at:
WHAT to expect:

and many many more!!

2. Contact our camp director (Rachel at rachelyau91@hotmail.com) to arrange for payment.

Also, Greetings from the 9th MC !!

We look forward to play netball together every Tuesday from 7-10pm @ SRC Netball Courts! Do put on your sporting attire and come down for a fun-filled evening! Take this awesome chance to make new friends as you exercise! Below are some pictures of us in action over the past few weeks!

Posted by NUS NETBALL at 7:06 PM No comments:

Our weekly netball sessions is held on tuesdays around 7pm at SRC Netball courts!!

EVERYONE is welcome to join us (guys and gals).

Interested in applying for a committee position? Come on down this Tuesday (24th Aug) too where you can meet us and have a short Q&A while joining our netball sessions! Elections will be held this Saturday (28th Aug). More details to be released shortly.


So hesitate no more!!! See you at the courts.

P.S. Bring shoes and any other sporting attire u might need
Posted by NUS NETBALL at 9:02 AM 1 comment:

hello ppl!!! NUS NETBALL CLUB will be having our welcome tea this coming tuesday 17th August 6.30pm at SRC Netball Courts! Light refreshments will be provided!!


Do come down and get to know all of us!!! GUYS AND GALS ARE ALL WELCOME!! Committee positions are also up for grabs!! Come for our welcome tea to know more details about election!! Click here to find out more about our committee!

We will be playing netball too so please come properly attired! ie sports shoes

SEE YOU THERE!!
Posted by NUS NETBALL at 9:13 AM No comments:

NETBALLUX10N has moved to its new home!!

netballux10n.blogspot.com
Posted by NUS NETBALL at 11:30 PM No comments:

Hello peeps! Thanks to all those who came and stayed till the end. We hope that the camp has been a fun and enjoyable experience for everyone! Do join us for our weekly trainings every Tuesday at the SRC netball courts at 7pm and meet all your new friends as well!

This gathering would not have been possible without our generous sponsors, so a big thank you to them too!

In no order of merit:

Posted by NUS NETBALL at 7:24 AM No comments: 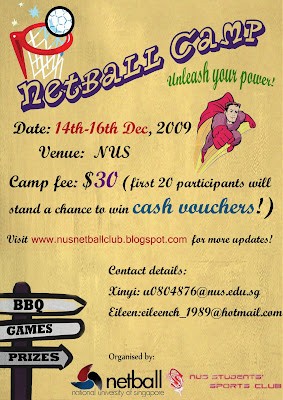 Want to get to know the GD who blocks all your shots? or the WA who evades your every tactic?

Now's the time to get to know them!
NUS NETBALL CAMP 2009 aims to bond everyone and allow participants to know more about netball and to chill out after the exam blues!

Why join the camp? cos there's so many fun activities! MAKE NEW FRIENDS! FREE T-SHIRT, LOTS OF BBQ FOOD, SOUVENIRS!!!! AND ATTRACTIVE PRIZES FOR WINNING GROUP!

& guess what?
EARLY BIRD BONUS! ITS ONLY 30 DOLLARS NOW! (:
INCLUDING FOOD AND LODGING (:
how AWESOME is that!

Its so easy, just download the camp forms HERE!

Step 1: Fill in the camp forms!

Step 2: Send the soft copy of the forms with your particulars to Xinyi at u0804876@nus.edu.sg.

Step 4: Bring the signed camp forms on the designated date (stated below) and prepare to have fun!

We will be at Burger King at FASS on 17 Nov and 1 Dec from 10am- 5pm. Look for our booth to make payment and hand in your camp forms! If you are unable to make it on either dates, contact our friendly camp directors to make alternative arrangements! 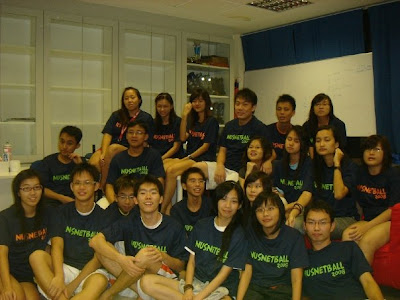 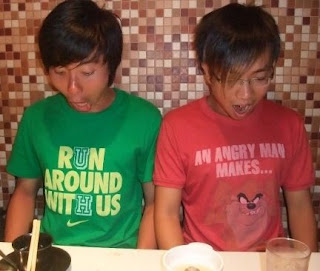 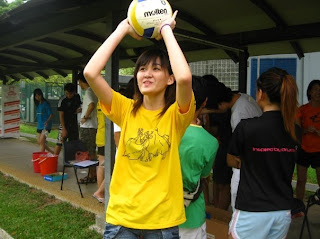 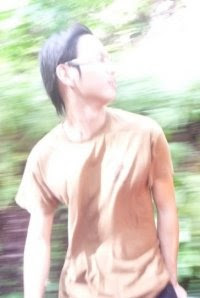 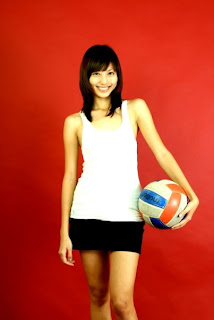 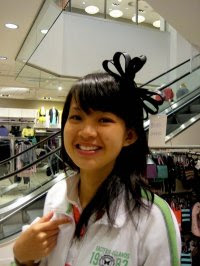 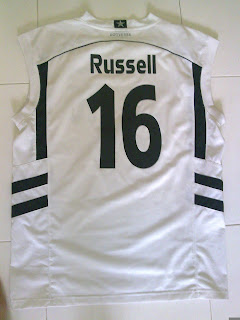 Please email Russell for any comments/feedback
Posted by NUS NETBALL at 9:37 AM No comments:

NUS NETBALL
Come on down and join us for our weekly Netball games at SRC, tuesdays, 7-10pm! 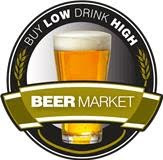 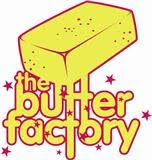